Cognitive Behavioural Therapy, or CBT as it is more generally known, is a popular model of psychotherapy that emerged when practitioners began to combine the theory and practice of two previously distinct — behavioural and cognitive — approaches. Widely researched, evidence has accumulated to indicate CBT’s effectiveness in helping many people with a variety of psycho-social problems. Originally applied to the treatment of anxiety and particularly depression, this “talking therapy” is also used in related conditions, such as obsessive-compulsive disorder (OCD), with a variety of phobias, as well as in recovery from addiction. It is often used in conjunction with pharmacological treatments. It is also sometimes called upon as an adjunct to a 12-Step approach to recovery from addiction. It is generally included among the therapeutic resources available to teams in private inpatient addiction treatment, as it is at Clinic Les Alpes. 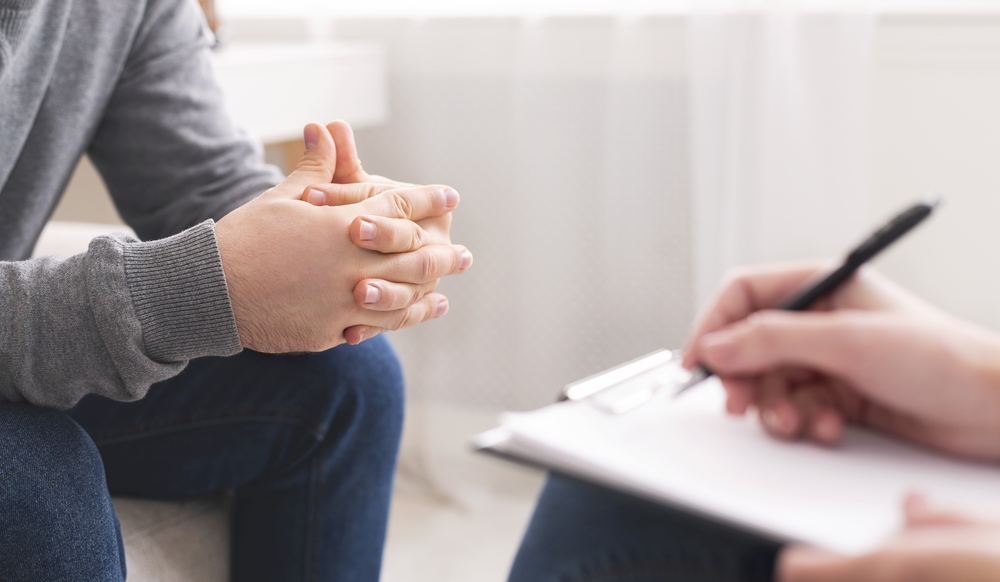 CBT stands apart from other traditions such as psychoanalysis and psychodynamic psychotherapy in that its focus is very much in the here and now. It is a highly structured intervention, as opposed to adopting the more free-form approach of those models which look to make sense of and resolve the detrimental influence on the current life of the unconscious and the past. It grounds itself in realism and practicality. Central to the process is the active problem-solving, solution-finding collaboration between the therapist and client.

Interrelation of thoughts and behaviours

The basic premise of CBT is that behaviour and thoughts are interrelated, one affecting the other. It is particularly concerned with the view that how we think directs how we feel and behave. The behaviour then reinforces how we think and feel. It is proposed that such reinforcing cycles of negative thinking and behaviour can trap a person, leaving them feeling overwhelmed and disempowered.

So, for instance, a person may lose their job when, through no fault of their own, their role becomes redundant. Nonetheless, they start blaming themselves and running themselves down. They begin fretfully to imagine that they’ll never get the kind of employment they seek ever again, gathering reasons in their mind to justify this fear. As a result, they drive themselves into a spiral of hopelessness.

The CBT therapist will help such a client carefully examine this negative cycle, revealing how their thought processes contrive to keep them trapped within it. They will look at the situation as objectively as possible and identify self-defeating thought patterns. It is thought particularly important to identify and subsequently interrupt those automatic negative thoughts. They also make sense of the emotions and physical feelings involved, see how this help determine unhelpful behaviour and agree on a plan of action for change.

Gaining a new perspective on the same set of circumstances 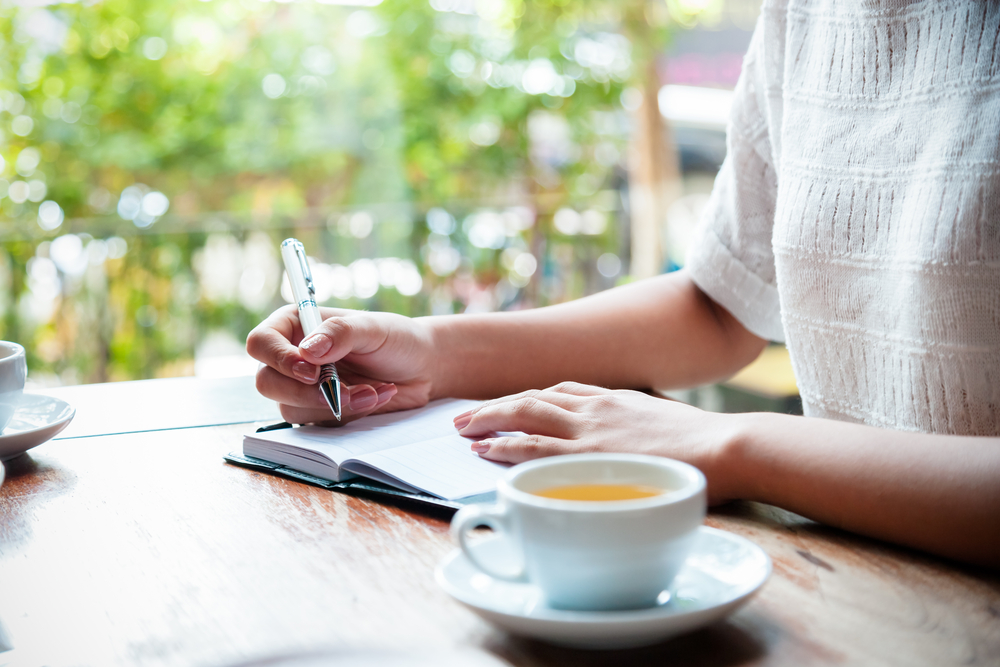 Together, the therapist and client will clarify the client’s helpful and unhelpful ways of thinking about and reacting to their current situation and work together to produce a shift in mindset to enable new courses of action. The client may then come to accept that losing a job in such circumstances was not down to any failings of theirs. They can look at it from the realistic perspective that the loss of a job through redundancy will have happened to many people who have gone on to succeed in new ways. They can look positively at what they have achieved and learned and come to see how this will help them move forward in finding a new job. They may discover an, as yet, hidden desire to move in a new direction. In other words, there may be unexpected positives that emerge that might never have done so without the negative experience.

Of course like everything at which we want to improve, practice is required until the new approach becomes almost second nature. It will inevitably involve more than one session with the therapist, who often suggests “homework”. A journal can prove a useful tool to ensure that the recognition of key negative thought processes and the positive alternatives are retained. In the first stages of a course of CBT, the client will attempt to put into practice in everyday life what has been agreed with the therapist. When beset by negativity or unrealistic thoughts, the client will endeavour to see these for what they are and try responding to their situation differently by recognising, then interrupting such thoughts, replacing them with something more positive and so changing behaviour.

The new approach to unhelpful thinking and self-defeating beliefs can be reinforced by CBT tools that can be found online. This can be helpful to people who lead busy lives and are not always able to make it to the therapist’s office. Certainly checking back in for a review of progress with the therapist is generally a good idea. Nowadays, online interaction with the therapist is another option for such follow-up; one certainly typically adopted by luxury rehab centres like Clinic Les Alpes. 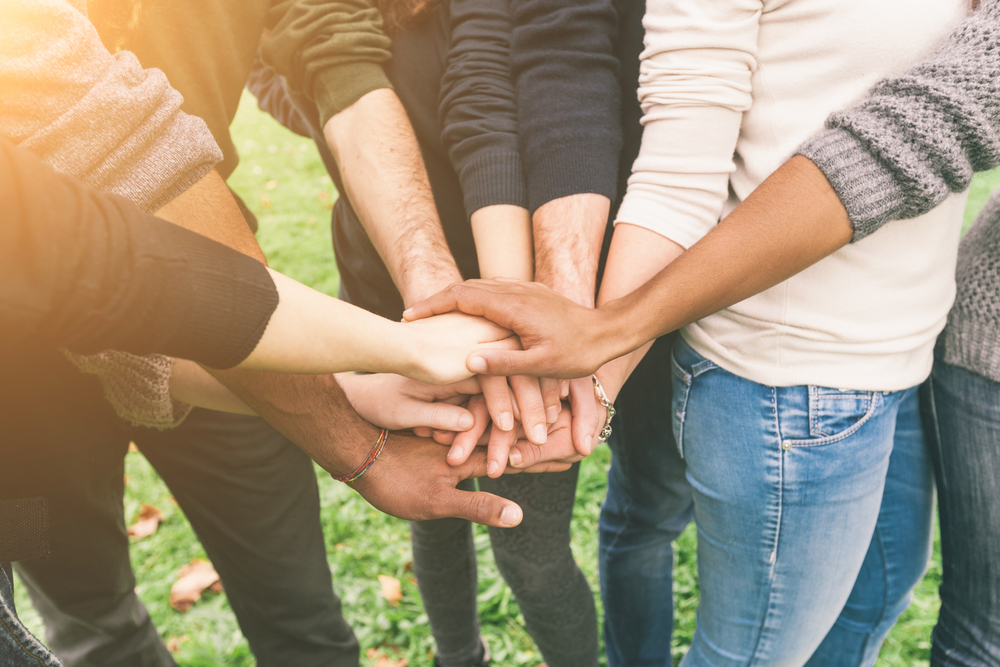 Addiction is inherently self-defeating and characterised by all-too-narrow thought patterns and beliefs. In fact, addiction only ever sees one way forward: more of the same. Once locked in, alternative choices become invisible and, in any case, whatever they may offer, seem unobtainable. Addicted people often feel hopeless, something frequently reinforced by the way others react to them. A sense of futility can linger and threaten recovery by causing the person to give up on their recovery goal before they have given themselves any real chance of succeeding. They may think they are beyond the pale and that they are somehow undeserving of recovery.

Taking such negativity with them back into the world beyond the safety of the luxury residential treatment centre would be dangerous. Treatment offers the time and space for people to address this and to equip themselves with the means to recognise, face up to and divert themselves from the self-harming behaviours that are likely to follow. In this context, combined with other therapies, CBT offers an excellent resource in preparing for discharge, for life in the post-treatment world and may make a significant contribution to preventing relapse.