Despite progress over recent years, stigma continues to attach itself to addiction and mental illness. This is true whether you are someone seeking treatment from a publicly funded facility or looking to book yourself into the world’s top luxury rehab. Stigma gets in the way of suffering people reaching out and asking for help, which includes people close to the addicted person. They can be stigmatised by association.

The American Psychological Association defines stigma as “The negative social attitude attached to a characteristic of an individual that may be regarded as a mental, physical, or social deficiency. A stigma implies social disapproval and can lead unfairly to discrimination against and exclusion of the individual.” Like so many formal definitions it perhaps doesn’t do justice to the thoroughly demoralising experience and effects of stigma at a personal level. Some dictionaries give the meaning of stigma rather more bluntly as “a mark of 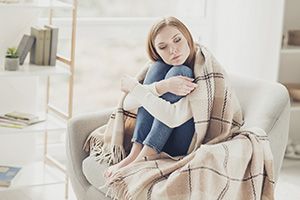 disgrace or infamy.” Thus a whole group of people, even including those who might seek help from private drug rehab facilities, is looked down upon disdainfully as less-than others, simply because of the condition from which they suffer and are marginalised accordingly. Known as negative stereotyping, the view of a person is reduced to one aspect of their lives and is used as reason to denigrate them.

What is it about addiction that attracts this opprobrium? Essentially there two key factors: the damaging impact that the condition often has on others and wider society, as well as the entrenched belief that addiction is attributable to irresponsible choices due to a fundamental weakness of character or moral failing. However, such critical observers may be mistaking effects for causes.

The question of choice

While we learn more and more about the nature of addiction and its underpinnings in predisposing genetics, life events, environment as well as psychological and neurological susceptibility, much of society is still content to stigmatise the addicted individual for what seems to unsympathetic onlookers, as wilful self destruction. This negative view is reinforced by the certain knowledge that an addicted person can at any time choose to stop. That they appear so chronically resistant to making this choice is often viewed as evidence of a fundamental flaw in their character rather than something attributable to the very nature of addiction.

The stigma endured by people in the throes of addiction is particularly harmful because they generally suffer from what is known as internalised stigma. In other words, they are already beset by a great deal of guilt and shame; emotions which make them susceptible to addiction in the first place. These feelings are reinforced by the misery of the affliction and all the fallout that relates to it. An attempt to extricate themselves from the grip of addiction is made more difficult by awareness of public disdain or personally encountered. It amplifies stress, further dragging down self-esteem, the response to which is likely to be more addictive behaviour.

Across the social divide

A common misconception is that people who enjoy great good fortune must somehow be immune to addiction. Surely they are insulated by the considerable comforts of the world they inhabit. Or, if they are widely known to have developed the condition, that it is somehow merely a predictable by-product of their high-flying lifestyle and not something to be taken seriously. Checking in to the most exclusive rehab may disparagingly be seen as casually taking time out in a therapeutic hideaway rather than as evidence of someone grappling with a potentially life threatening condition. In many instances people enjoying great social advantage who may have bought into the notion of social immunity come to feel acutely embarrassed by the realisation that they need help. The fear of loss of status, public humiliation or the detachment of friends and family may delay reaching out.

Unfortunately large segments of the medical profession have been as responsible as any for prolonging the stigmatisation of addiction. In fact it could be said to have become institutionalised until more recently. Unfortunately, many health professionals bought into
the notion of the “hopeless addict”, which was accepted too readily by those suffering from addiction because that is how they often already saw themselves. The advance of science has helped to change perceptions and beliefs. Certainly, luxury rehab centres, like their more everyday counterparts, recognise the effects of stigma on their patients and clients, whether societally or internally generated. Helping each person to acknowledge and resolve the associated feelings of guilt and shame is a central part of the therapeutic work.